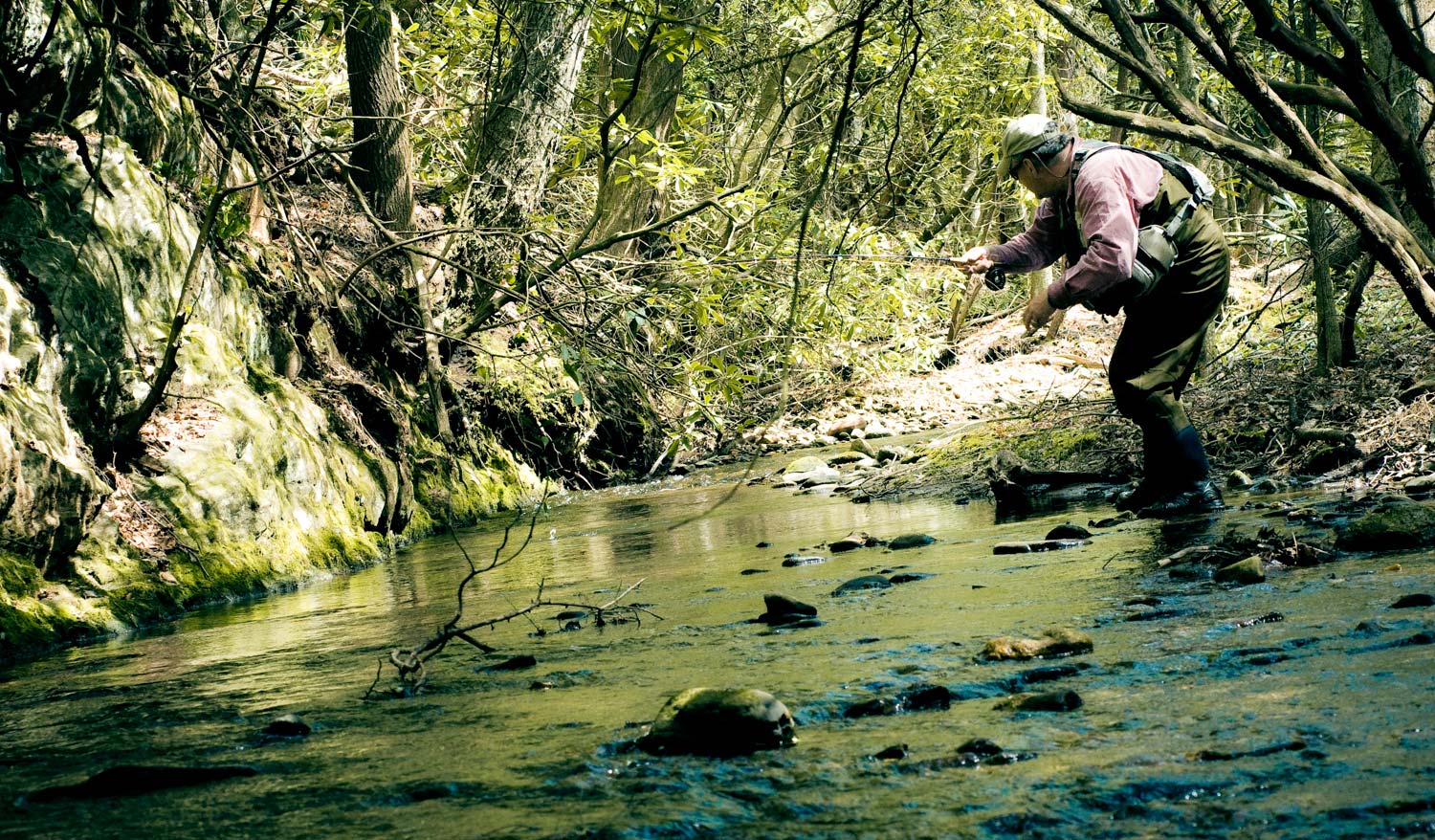 Trout seasons will be opening very soon if not already. We’re all looking forward to warmer temps, fly hatches, and trout looking up. While a lot of anglers will be hitting the main streams, I personally can’t wait to do some small-stream fishing. You should do some too.

There’s a lot of good reasons to skip the mainstream and fish the headwaters or tributaries. For instance, Michigan has somewhere between 14,000 and 20,000 miles of trout stream depending on what day of the week it is. While there are certainly several hundred miles of mainstream, the vast majority of trout holding water is typically in the headwaters and tributary streams. This translates to several advantages for you the angler.

Elbow Room. I’m quite fond of fishing Michigan’s Au Sable River. It’s one of the finest trout streams in the world. But never have I fished that river without seeing at least one other party, and if the hatches are on you’re probably fishing within sight of other anglers. It is a great river, with copious fly hatches and large numbers of trout that can support the pressure. But constantly bumping into others and being bumped into gets tiresome. If you simply go fish one of its many tributaries you can eliminate this problem entirely. As a matter of fact, I can say that most of the days I’ve spent on Michigan’s small streams, I’ve never seen another person.

An even greater surprise was when I moved to Georgia. I figured being this close to major population centers it would be even harder to find empty water. Nope. There’s some streams that receive a lot of pressure, but head up almost any ravine with a stream in it and you will have it to yourself, and quite frequently the fishing will be spectacular. 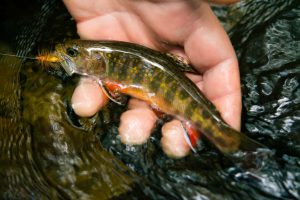 Wild Fish. While many a mainstem gets stocked on a regular basis, quite frequently the headwaters and tributaries are not stocked at all, either due to a lack of angler effort or lack of access for stocking trucks. This translates into wild fish being found in these waters. There is a particular satisfaction to catching wild fish that have lived their entire lives to the natural rhythms of the stream and its hatches. They will make you a better angler, and reward you with their wild beauty.

Skills. While there are many stretches of the aforementioned Au Sable where you can air out an entire fly line if so inclined, thirty feet is a long cast on a small stream, and it will need to be accurate. Not only do you need to hit a small target, you also have to watch your backcast to avoid all that bankside brush. In the North it will be tag alder and cedar, in the South you will be avoiding rhododendron and mountain laurel. You will add to your casting repertoire- side-arm casts, roll casts, side-roll casts, bow and arrow casts. All this will make you a better angler no matter where you fish. An accurate cast at twenty feet will catch more fish than an inaccurate cast at sixty feet.

You will also need to develop stealth and presentation on small streams. Make one false step or land that fly too hard and you will send fish running for cover. You will learn to slow down your approach, observe more keenly, fish more deliberately.

Big Fish; Big Numbers. Small stream does not automatically mean small fish or small numbers. The lack of pressure often translates into decent sized fish and plenty of them. Headwaters and tributaries are usually colder and cleaner and better oxygenated than water lower down, creating ideal conditions for trout. Some of the best angling I’ve had anywhere has been on small streams- copious fly hatches, lots of fish, and big fish mixed in. Hooking up on a donkey in tight quarters will push your fighting skills to the limit.

Nature. When you push into the headwaters or up a tributary it usually means you are a little further out there. You are away from the waterfront homes, the traffic and boats. It is quieter. Take the time to appreciate these wild places; the osprey winging overhead, the peeping of wood ducks, the wild irises growing on the banks, the beauty of a dew-soaked spider web draped from bank to bank in the morning fog. In a constantly hectic world, we need these quiet places to disconnect from electronica and reconnect to our home, to have time to collect our thoughts. To think. Tread lightly, enjoy the experience, and catch a few fish. Who knows, maybe I’ll see you out there. I hope not.