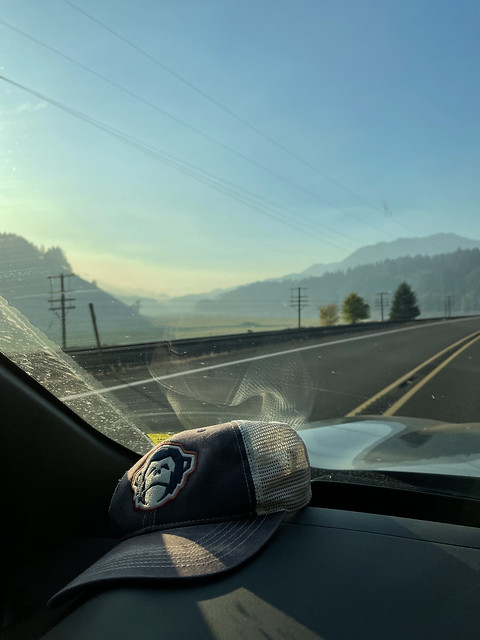 We decided to give the Middle Fork of the Willamette a shot this past Tuesday. I knew the river would be low and I knew there was potential for smoke. Both bore out true of course… Driving up HWY 58 I could see the smoke clinging to the Black Canyon section of the Middle Fork. 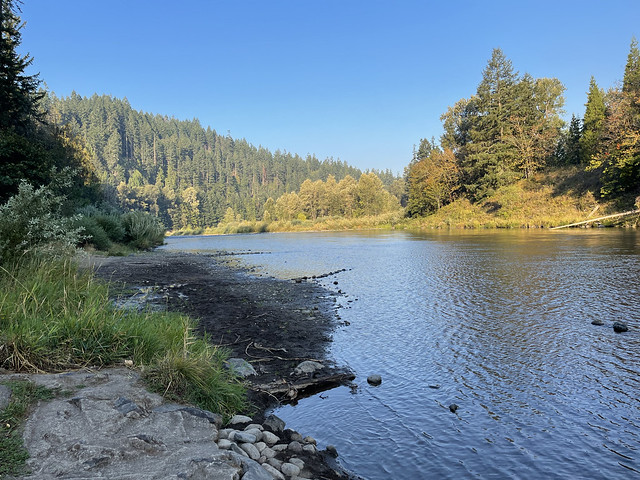 Looking down river from the boat launch at Black Canyon Campground is was clear in Eugene. A brisk wind followed and blew most of the smoke out of the river valley. The smoke ended up not being much of issue except for near the confluence of the North Fork of the Middle Fork. 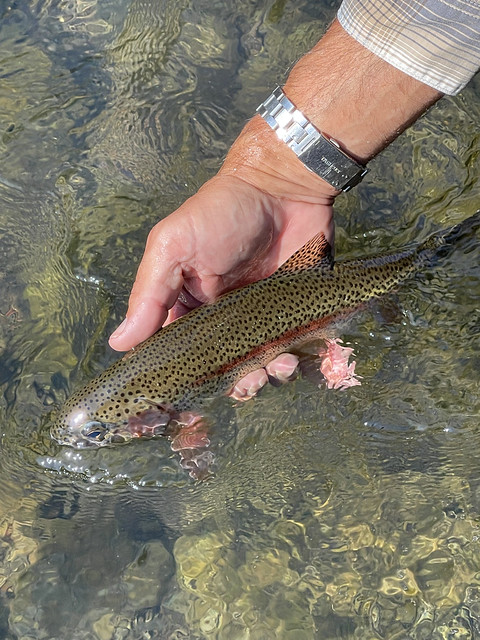 Fishing was active not long after putting in my raft at Greenwaters Park. I was very happy I did not bring the drift boat as the first rapid out of the gate would have had me walking the boat down the river. Instead I rubbed and bumped and clumsily slopped down in the raft. Fish were in quick water and not in slow runs. Despite some water that had foam lines, good depth and cover, fish were not present in slower than walking speed water. They really preferred quick water with quick depth change. This water could be in the middle, on a bank, or in front of a rock, the key was there simply weren’t fish in slow water. 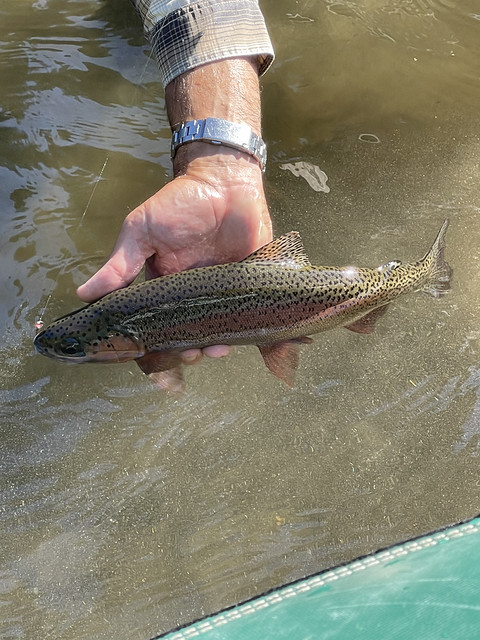 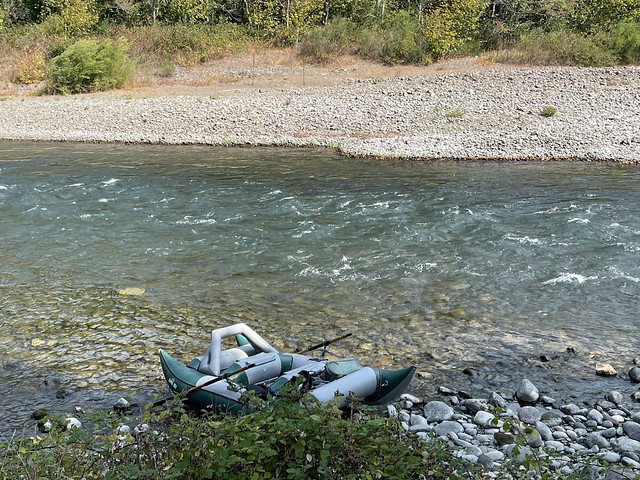 Hopper dropper rigs ( chubby Chernobyl or Parachute Madam X as the dry and a 1/8 or 3.3mm Beadhead ) with mid sized jig nymphs of all types worked. The key was to have the bead 3.3mm or 2.8mm, a 5/32 or 3.8mm bead was simply to heavy for the flow. 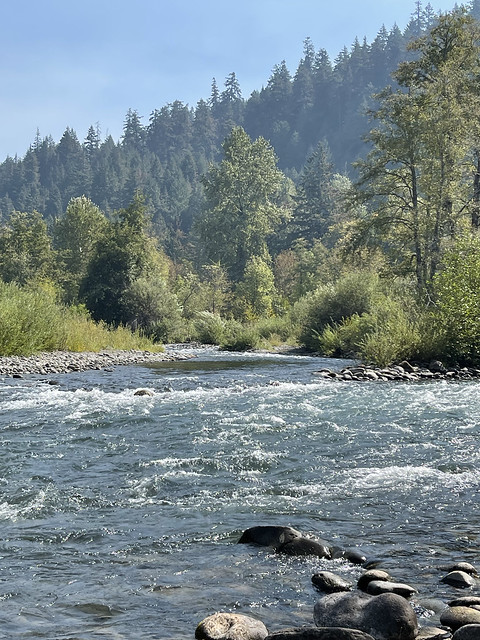 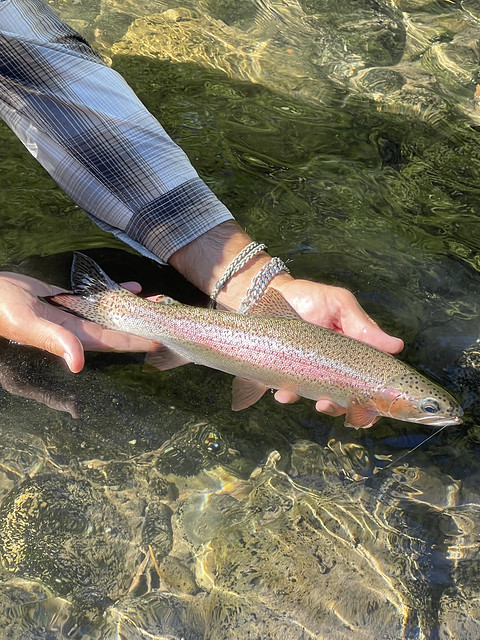 The Middle Fork is so low it’s really a wading anglers paradise right now. You can literally get almost anywhere in the river. A wader could start at Black Canyon and walk upstream like 3 miles.. and keep going. Access along the backside of 58 east of the Westfir Bridge is unlimited as well. Just look for the fastest water and you will find the fish.